The triplets are developing into their own individual little characters now and it’s fascinating to watch them grow. 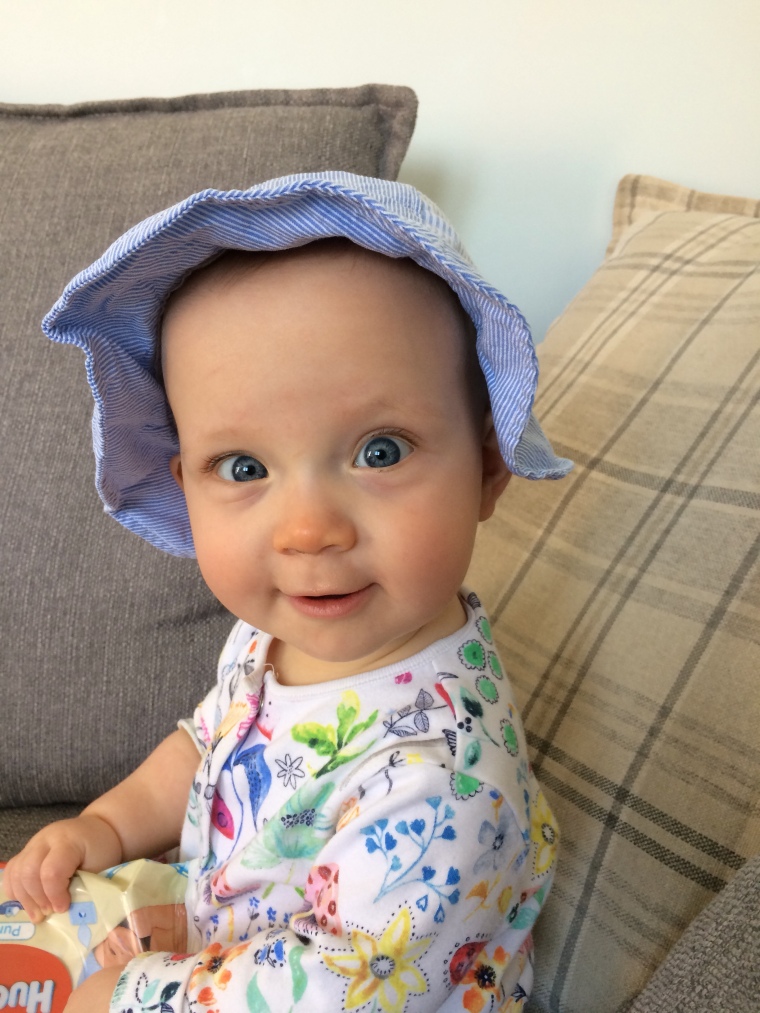 Lacey here is the most inquisitive. She moves in the blink of an eye by rolling, non of them have quite worked out crawling yet but rolling is something they have all mastered. The other two are happy to stay in the same spot and play, not Lacey, this little lady is going places.

Ava is as cheeky as they come. She’s has an infectious little giggle and laughs at random things that really aren’t funny. A real fidget and chatterbox. She loves waving. All three now will wave back at us. I’m sure It won’t be long until they are answering us back. I got a feeling Ava may be the one who instigates a few adventures further down the line. She has that twinkle in her eye.

Blakely still is, and probably will remain the smallest of the three. She has been a little behind the others with development but usually catches up within weeks. Ava and Lacey alternate between who is in front in that respect. They have both become affectionately aware of each other over the last couple of weeks, they share toys and watch each other closely as they play. They both sit up beautifully on their own whereas Blakely has struggled to sit unaided. She has lacked the strength to hold herself up to the point we were a bit concerned.

This weekend they were all well and free of coughs and colds. Which lifted their moods again so we had our happy trio back who are more than happy to entertain themselves. And on Saturday Blakely finally made the giant leap to sitting by herself. It took a lot of practice, and a lot of falling over but she’s now in line with her sisters and can happily sit and play.

I have had more proud moments as a man than I can remember this last ten months seeing my daughters developments. To see my little chicken sit up on her own was a big one. She may be small but she’s determined. 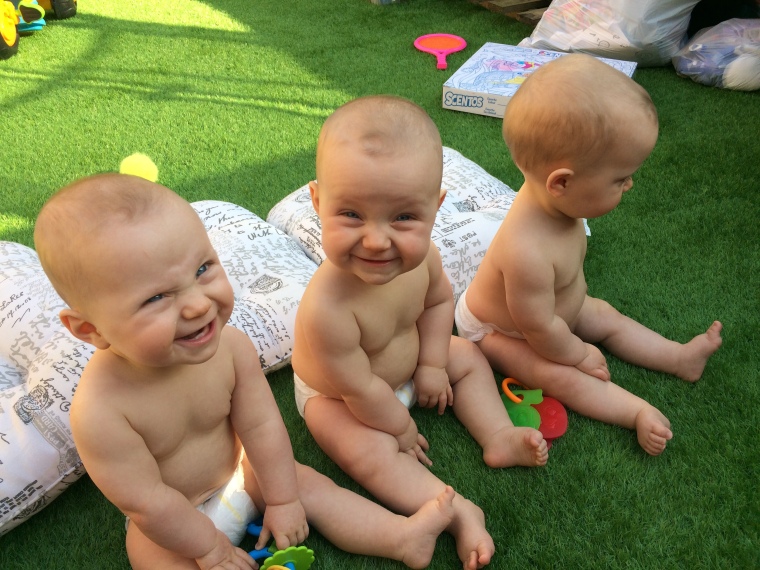 I feel almost as proud as she does now. A wonderful long weekend was spent watching my family. And I have an amazing bunch of little ladies watching back.